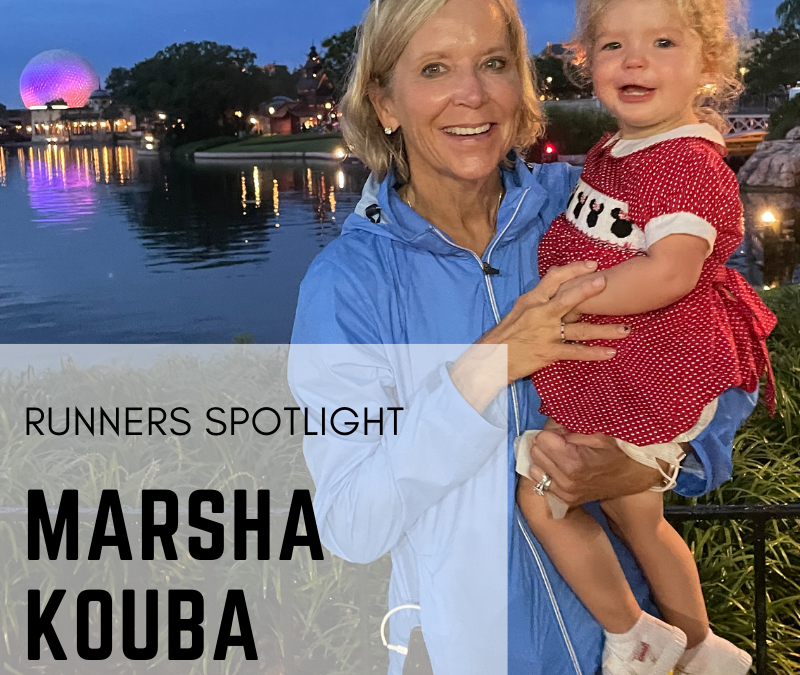 Marsha Kouba has been a very regular participant of the BAM! Race Series but that is just a small blip in her personal running career. Marsha has run over 120 Marathons and at least 1 in each of the 50 States. She has run on all 7 Continents and participated in 5 of the 6 World Majors. She has run the Boston Marathon 13 times including the year of the Boston Marathon Bombing. She has also tackled a few 50K races and one 50 Miler. She loves meeting runners from all over, creating friendships, and seeing different parts of the world.

Marsha was registered and training for her Sixth World Major, the Tokyo Marathon when she developed a problem with her hip. She ended up having to pull out of the race and needless to say, she was crushed. To make matters even worse Marsha needed a total hip replacement and was told her running career was over. There isn’t a lot of science in this area and Doctors are very hesitant and tend to discourage running on artificial joints.

Besides being a runner, Marsha is also a wife, mother, aunt, mimi and friend. She is a nurse and has continued to work even through covid. Her family and friends are extremely proud of her and how hard she has fought for what she loves to do. Marsha’s surgery was in 2019, since then she has slowly and very carefully been working on her comeback!

This weekend, at Run Holden Beach, Marsha will be running her first Half Marathon along her comeback journey and I’m pretty certain it won’t be her last! Congratulations Marsha Kouba – way to make your comeback stronger than your setback! We will be cheering you on the entire way!